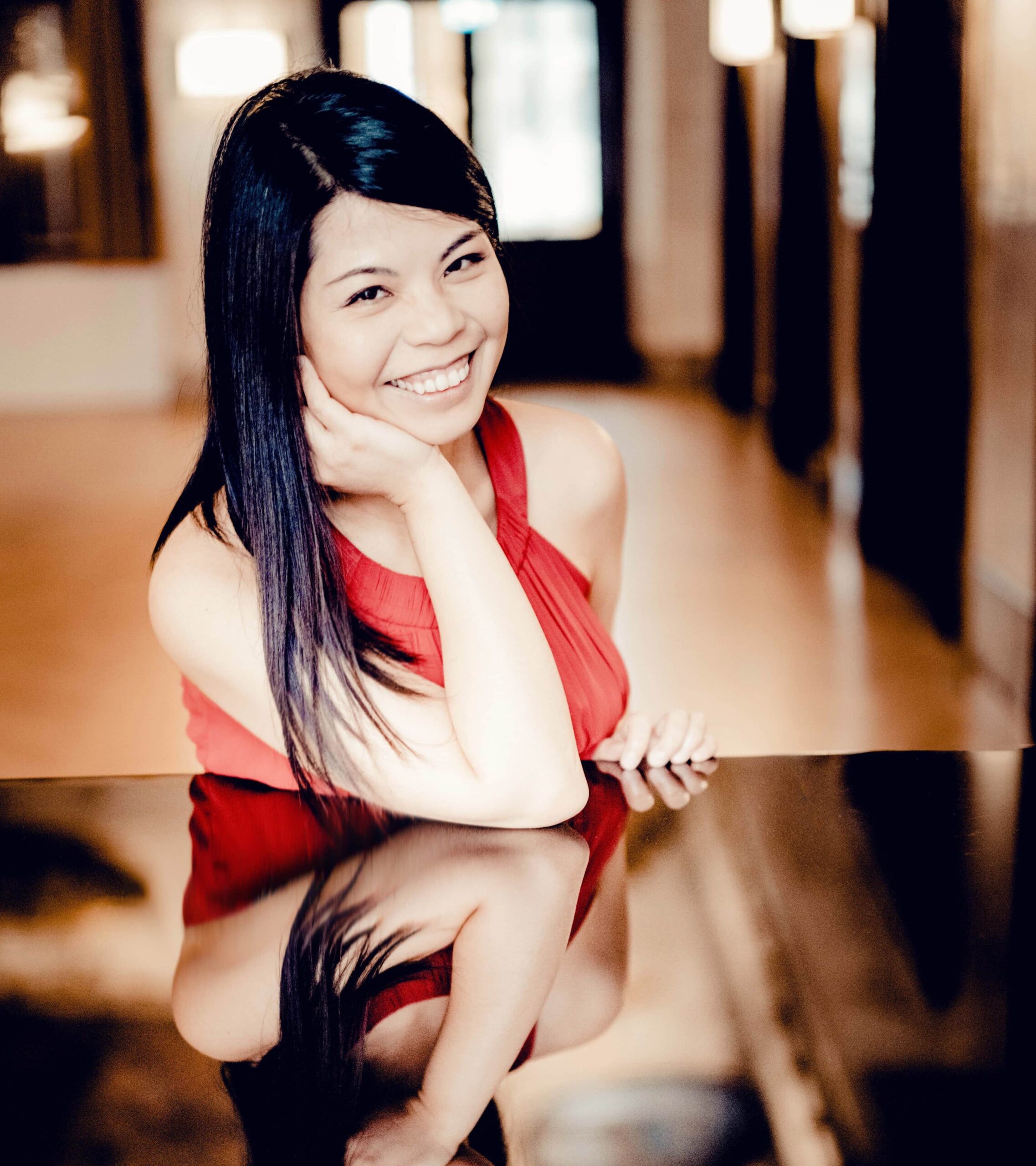 “Jui-Lan Huang is a pianist richly gifted with skill and artistic talent. Imagination, intellect, emotions and virtuosity – she has it all – intertwined, interwoven, branched, tied together.”

“She is a spirited, vivacious pianist.”

“Jui-Lan Huang expressed with indescribable nuances of touch, a roller coaster with great energy and sensitiveness.”

“… she played with such expression and pianistic sophistication, that the physical limitation can‘t be detected… Jui-Lan Huang captivated the audience.

Hailed by the German press “Neue Westfälische” for her “exceptional sensitivity“ and praised by the legendary pianist Anatol Ugorki as a “highly gifted with skills and artistic talent“, Jui-Lan Huang delights audiences on international stages.

A versatile pianist, Huang often performs solo recitals, concerti and chamber music. She has performed at many prestigious venues such as the Konzerthaus Berlin, Gasteig Munich, Slovenská Filharmónia, Auditorio Ciudad de León, Mozarteum Salzburg. Additionally she has been invited to perform at many music festivals including “The International Holland Music Sessions“ and “Musikfest Freiburg“. Inspired by nature and a mixture of western arts and asian philosophy, the German trained, Vienna based Taiwanese pianist founded the “Art of Silence“ concert series which regularly performs in Europe and Asia, combining literature, photography and the visual arts. Her insatiable interest in finding new artistic expression also leads her to incorporate her own poetry and painting into the performance, creating new concert experiences for her audience.

With a commitment to future generations, Huang teaches piano majors at the Franz Schubert Conservatory Vienna and gives masterclasses in Europe and Asia. She is the founder and artistic director of Viennese “Pro Resonance” Association, which is committed to creating interdisciplinary, socially conscious projects and innovative concert formats. The association also seeks to raise awareness about gender & diversity and social injustice, and is already funded by the Austrian Arts and Culture Ministry BMKÖS. Jui-Lan believes that by bringing different arts and philosophies closer together, humankind can be transformed into a more perceptive and humanitarian society. She continues to dedicate herself to the lifelong pursuit of artistic depth deriving from various cultures and arts, painting and meditation are amongst many of her activities and inspirations.

About “Art of Silence”

The concert series was born in an intensive phase of meditation. Huang is inspired by the beauty and purity of Śūnyatā, which is a means of gaining an insight of ultimate reality. Huang constructed the concert program based on the philosophy that everything including life itself is cyclical, a metamorphic form. By creating a cosmos of sound and time in a constant state of flux, Jui-Lan breathes new life into each individual theme. She often combines her concept with poetry, visual arts and other forms of media.

“The music is not in the notes, but in the silence between.”         Wolfgang Amadeus Mozart